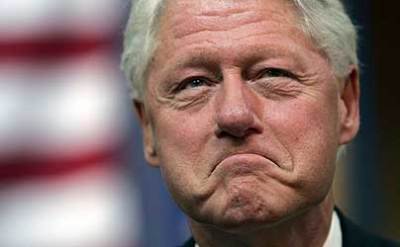 It’s nearly two decades since former US President Bill Clinton used the famous slogan, “it’s the economy, stupid”.  The motto was a rallying cry for his Democrat supporters during his presidential election bid in 1992. Almost 20 years on, some may still identify strongly with these words. The economic situation facing the word today is a bleak one. Austerity is the order of the day. Public
services, jobs and a generation of young people are being sacrificed at the altar of the market in order to fill the financial black hole left by the banking system.

The economic crash of 2008 was the worst crisis capitalism has experienced since the Great Depression of the 1930s.  A complicated system of derivatives, credit default swaps and collateralised debt obligations, terms which 99% of people have little or no understanding, helped bring the world’s economy to its knees. The Korean economist Ha-Joon Chang described these obscure tools as ‘weapons of financial mass destruction’. Regardless, business continues as usual.

Since the crash three years ago, the world’s governments and central banks, among others, have been scurrying to find a way out of the mess. Repeated bailouts of Greece, and the enforced
austerity which comes along with the said “bailouts”, have achieved only increased misery for working people and a yawning national deficit. A series of quantitative easing (printing money out of thin air) and various stimulus packages in a number of countries have also failed. The chance of a double dip recession, or even a depression, is increasingly likely.

Despite what politicians and others say, this crisis did not fall from the sky. Pick up any socialist
journal from the past decade and you will see repeated warnings about the imminent economic collapse. These warnings were ignored by the powers that be, brushed off as the rants of a handful of ‘loony lefties’. Indeed, former Taoiseach Bertie Ahern urged those making the predictions to commit suicide.

The problem, which is rarely acknowledged in mainstream discourse, lies in the system itself. History shows us that the capitalist class will pay workers as little as they can possibly get away with. Indeed, the past four decades have witnessed a repression of wages, in direct correlation with the decrease in trade union membership. The tendency to suppress wages leads to decreased demand, as workers collectively cannot buy back the goods they produce. This, in turn, leads to overproduction. Marxist economist David Harvey described this characteristic as the “internal contradiction of capital accumulation”. To overcome this contradiction, especially in more recent times, people were encouraged to obtain credit cards and other forms of debt in order to buy things they needed, but couldn’t really afford. On top of this, an enormous global market emerged, to the detriment of genuine wealth-creating industries, solely to trade on these debts. It doesn’t take an economist to realise that this system is inherently unstable and crisis prone.

The latest crisis has further highlighted the irrationality of capitalism. Despite the fact that a primary
factor in the Republic of Ireland’s economic crash was an overproduction of housing, it seems increasingly ridiculous that there are thousands of people sleeping on the streets of Dublin. On top of that, recent figures released by the International Labour Organisation show that wordwide unemployment is hovering at well over 200 million.

The fact is the capitalist economists genuinely don’t know what do to escape from this crisis. Worryingly, most people seem to be looking towards the same economic “experts” who failed
to see the crisis coming in the first place for a solution. “Getting back to growth” is the usual maxim thrown about on the airwaves. To sustain itself, it’s said capitalism needs to grow at least 3% year-on-year. The effect that eternal growth at any cost would have on the environment is seemingly not an issue. When the banks went under, we bailed them out. When the environment goes under, there will be no bailout.

The dangers the latest crises in capitalism pose should not be disregarded. In all likelihood, Greece will default on its debts. This will have a profound effect on the rest of Europe, not least here in Ireland. The collapse of the Euro is a very real possibility, as is the disintegration of the European Union. War is another danger. History teaches us that, in times of severe crises, capitalism reverts to war and imperialism in search of new markets. War is a profitable venture, and big business will have no qualms profiting from the death and destruction that comes with it.

The need for a new system, which does not base itself on promoting war, greed and extreme inequality, is glaringly obvious. The system is beyond repair. Is it really beyond human comprehension to have an economic system run for the benefit of all humankind rather than a tiny elite?

This leads us to Lenin’s age-old question: “What is to be done?”

Unfortunately, socialists and many in the wider trade union movement know what they are against. However, many, myself included, struggle to define what they are actually for. This crisis should act
as a catalyst to open up a debate among socialists and other progressives to clarify what should be put in the place of capitalism. And just as importantly, how are we going to do it? Clearly, the old “Soviet” system is not one that is going to garner much support. We need a new type of socialism, and the time is ripe for the working class to start debating ideas on how to bring humanity forward.

In the words of the great British economist John Maynard Keynes;

“Capitalism is not a success. It is not intelligent, it is not beautiful, it is not just, it is not virtuous and it doesn’t deliver the goods. In short, we dislike it, and we are beginning to despise it. But when we wonder what to put in its place, we are extremely perplexed.”

There are a number of questions which I would like to put out there, and hopefully some of my comrades will be kind enough to share their thoughts.

All comments are welcome.