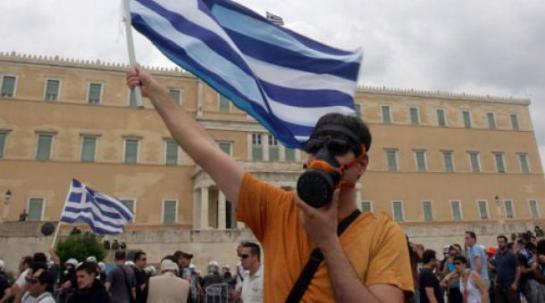 Written more than a century ago, Jack London’s, The Iron Heel, endures as a very pertinent read. The dystopian novel, which later influenced George Orwell’s Nineteen Eighty Four depicts the tyranny of a class of nihilistic super-rich, named ‘the Oligarchy’, imposing their brutal rule on the rest of humanity. The book’s protagonist, Ernest Everhard, is a fiery socialist whose life-cause is to take on the huge capitalist monopolies and the powerful state which safeguards them. Riddled with outbursts of rage against the profit system, the book’s reader could not fail to miss the parallels between the scenario set out in this book and the world today.

Politicians from the two main parties in the US bore the brunt of one of Ernest’s wonderful tirades, an eruption of anger which could be aimed at almost any parliament in the world today:

“You pompously call yourselves Republicans and Democrats. There is no Republican Party. There is no Democratic Party. There are no Republicans, nor Democrats in this house. You are lick-spittlers and panderers, the creatures of the Plutocracy. You talk verbosely in antiquated terminology of your love of liberty, and all the while you wear the scarlet livery of the Iron Heel.”

Although it has been true for a long time, the present Eurozone crisis has brought to the fore the unspeakable fact that national parliaments are no longer the main power-holders in the world. The blackmail and intimidation of the Irish people into accepting Angela Merkel’s ‘Stability’ Treaty was but the latest instance of a rabid financial system making big decisions against the interests of the majority of humanity.

In January, under the threat of a “financial bomb” going off in Dublin, the Irish state pitifully paid €1.2 billion to unsecured, unguaranteed, faceless bondholders at the now defunct Anglo-Irish bank. Two months previously, €720 million was forked out for the same senseless purpose, at a time when billions are hacked away from public spending. The fact that the Fine Gael and Labour manifestos pledged to “burn the bondholders” did not halt this grotesque looting of scarce public funds. Terroristic warnings of financial catastrophe saw to it that the desires of the Irish electorate were overridden.

Although Ireland reluctantly bowed to the intimidation of financial terrorists, the Greek people took a stand and rejected the social vandalism of austerity, much to the annoyance of the “markets.” Christine Lagarde, the head of the IMF, let her veil slip when she declared that it was time for the Greek people to “payback” and warned them “not to expect sympathy”. The world’s media were shocked by her callous outburst. They needn’t have been surprised, however, as cold-hearted arrogance is well within the tradition of this monstrous institution whose policies have spread poverty and hardship throughout the globe.

True to her economic fanaticism, Lagarde is capable only of acknowledging hard figures, while remaining totally oblivious to the destitution millions of people now face in Greece. And destitution is no exaggeration.  It has been reported that many schools in the country are no longer able provide physical education because children are fainting in class as a result of hunger. In April, retired pharmacist Dimitris Christoulas shot himself in the main square of Athens during morning rush hour after his pension was butchered by the fanatical austerity measures imposed on Greece by the Troika.  His suicide note read: “And since my advanced age does not allow me a way of dynamically reacting… I see no other solution than this dignified end to my life, so I don’t find myself fishing through garbage cans for my sustenance.” Later the same month in Athens, a university lecturer in his 30s hanged himself from a lamp post, a young student shot himself in the head and a priest took his own life by jumping off a balcony. One can only imagine the hopelessness these people experienced to be driven to these extremes. This is the human side of economics, beyond the endless chatter about “the markets” and those frustratingly dull, lifeless figures.

Before the Troika’s diktats, Greece had one of the lowest suicide rates in the world. Since then, it has doubled and is likely to continue to rise. The country has seen a 25% increase in homelessness over the past three year and 1 in 11 people in Athens rely on soup kitchens for food. Thanasis Maniatisan, an economics professor at Athens University, told the Guardian that Greece faces “a great humanitarian crisis, similar to that suffered in advanced economies during the 1930s.” The society of an entire nation is collapsing as a direct result of the financial terrorism perpetrated by the Troika. Lagarde remains indifferent.

Back in March, ECB chief Mario Draghi revealed the sheer short sightedness and utter stupidity of the powerful when he boldly declared that “the worst of the Euro crisis is over”. The path of austerity they have chosen to travel tragically underline this folly. Their self-styled solutions merely attempt to resolve the symptoms of this crisis, rather than the causes. Such is their blind fanaticism.

The aim of Merkel’s Treaty is to minimise state debt and restrict public spending deficits. Although these issues were not the causes of the Great Recession, and tackling them will certainly not improve the situation as Greece has shown, the austerity gang insists on continuing on its failed path. Far from being a problem of the public sector, the current crisis was caused by the excesses of the private sector. Before the notorious bank guarantee, Ireland ran budget surpluses every year for the previous five years. Even the usually right-wing Economist magazine commented:

“This fiscal focus gets things exactly backwards. Spain’s poor public finances, unlike those of Greece, are a symptom rather than the cause of the country’s economic woes. Before the crisis Spain was well within the euro zone’s fiscal rules. Even now its government debt, at around 70% of GDP, is lower than Germany’s. As in Ireland, the origins of Spain’s debt problems are private, not public.”

This crisis, particularly in Ireland, Spain and the United States, was caused by an uncontrolled housing boom, unregulated private banks and the 30-year long suppression of wages. The austerity zealots have turned a crisis of a runaway private sector into a crisis of public spending. This situation urgently needs reversed.

Doubtless, there are millions who would agree with Jack London’s character Ernest Everhard when he raged:

– This article was published in The Morning Star.