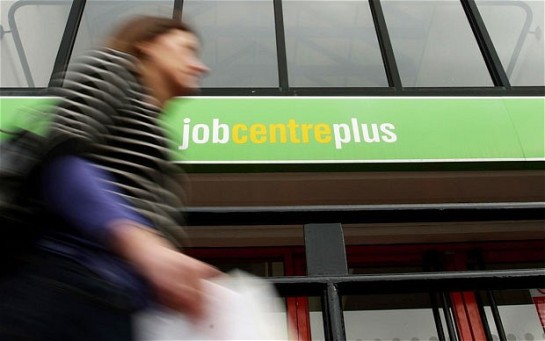 Nye Bevan wasn’t far off the mark when he said: “No amount of cajolery, and no attempts at ethical or social seduction, can eradicate from my heart a deep burning hatred for the Tory Party. So far as I am concerned they are lower than vermin.”

On Tuesday (January 8), the Conservative and Liberal Democrat coalition took another step in their ideological assault on Britain’s welfare state, capping benefit rises to 1% a year. Having run a shameless, but ultimately successful, misinformation campaign to pitch those in work against the unemployed, the Welfare Reform Bill was passed through parliament against the feeble and unprincipled opposition of the Labour Party.

Despite the spectacle of a front-bench of millionaires, many of whom inherited their wealth, laughing and sneering as the bill passed through parliament, the move will enjoy a certain level of support among working people. Almost everyone has been subjected to a friend or colleague decrying fictional neighbours who live in mansions and drive BMWs, despite never having worked a day in their lives. This false consciousness, which sees low-paid working people direct their ire at the unemployed, is widespread. It’s a convenient distraction for bosses who refuse to pay workers a decent wage. One woman, interviewed by Channel Four news on the night of the vote, complained that she had not seen a pay rise “in years”. “Why should they [the unemployed] get more?” she asked. The fact that she didn’t criticise her boss is indicative of how deeply ingrained this attitude is.

What is rarely mentioned by politicians and media figures is that the vast majority spent of benefits goes to people who are in work. Indeed, more than 60% of people affected by Tuesday’s benefits cut have a job. Research carried out by the British TUC confirmed this and showed that those who tend to complain most about benefits are usually the least informed on the subject. It was found that on average people believe that 41 per cent of the welfare budget goes on benefits to unemployed people. The actual figure is 3 per cent. It also found that benefit fraud amounts to a mere 0.7% of the welfare budget. The £1 billion which the state loses due to benefit fraud is a small matter when compared with the £70 billion which goes missing as a result of rich people evading their taxes.

A vast array of vocabulary now occupies the airwaves in any discussion about welfare. “Cheats”, “scroungers” and “workshy” are among the terms used to dehumanise those who cannot be accommodated by the capitalist system. “Skivers and strivers”, the most recent terms used by the Con-Dem government, are particularly disturbing and insulting.

That a media campaign orchestrated by a gang of millionaires has had such a resonance among working people is more than depressing. Stoking up bitterness among those in work against the unemployed is part of an on-going and deliberate effort by the Conservative Party to divide our class; private sector against public sector; union against non-union; immigrant against native; young against old. The anti-welfare crusade has even instilled a sense of shame among those who legitimately claim benefits. Sarah Teather, one of the few Lib Dem MPs who voted against the bill, said:

“People who come to my constituency office these days for help with some kind of error in their benefits often spend the first few minutes trying to justify their worth. They usually begin by trying to explain their history of working and that they have paid tax. They are desperate to get over the point that they are not like other benefit claimants – they are not a scrounger. It is perhaps a feature of the way in which the term ‘scroungers’ has become so pervasive in social consciousness that even those on benefits do not attempt to debunk the entire category, only to excuse themselves from the label.”

Along with the insistence that some poor people are “deserving” and others “undeserving”, we are expected to believe that the less well-off will only work harder when they are given less money while the wealthy will only work hard if they are given more money. The rich are well aware of the existence and importance of class, despite their claims to the contrary. In attacking wages, social security and working conditions, they are waging a class war against the vast majority. It is no mere coincidence that those who opposed the creation of the welfare state in the first place are now attempting to dismantle it, without even the semblance of a mandate.

The problem is not with the benefits system; the problem is an economic system which consistently fails to provide employment or hope to a significant section of the population. Globally, there is a lot of work which humanity needs to carry out. Investment in alternative energy sources should be a pressing concern, along with an expansion of social housing and improvement of the public transport system. Yet, with all this necessary work needing to be done, the capitalist system has consigned more than 200 million people around the world into enforced idleness.

Our class squabbling amongst each other has given a free pass to those seeking to undo the gains made by the labour movement over the past 60 years. The NHS is being privatised, social security is being decimated and living standards for working people are falling. We all need to realise that attacking the living standards of others, whether unemployed or public sector workers, will not improve our own lot. We need to unite and we need to organise.

This article was published in The Morning Star